Interesting facts about the Aran sweater

Aran sweaters are, for many, the ultimate Irish trend, but there is so much more to this celebrated piece of clothing than fast fashion. Layered in history, each stitch of an Aran sweater comes with meaning and heritage. At Aran Sweater Market, we are steeped in the knowledge of what goes into making our clothing, from the symbolism of different patterns, to the quality of the wool we use. Here is our insider’s guide to the Aran sweater, with 10 interesting facts about your favorite item of clothing… 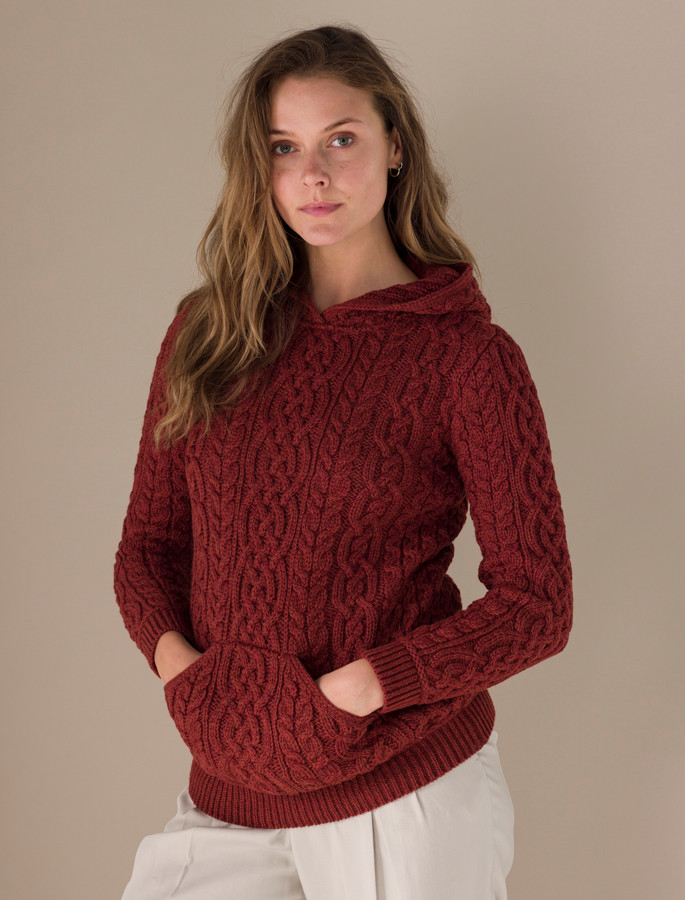 The iconic Irish sweater takes its name from the group of islands it originates from: the Aran Islands. Situated at the mouth of Galway Bay, off the west coast of Ireland, there are three main islands and several islets. The largest island is Inishmore (Árainn / Inis Mór), with Inishmaan (Inis Meáin) the second-largest and Inisheer (Inis Oírr), the smallest. The islands are primarily Irish speaking, making them a part of the Gaeltacht, and a key place for preserving ancient Irish traditions. With a population of only just over a thousand people, this close knit community is where the Aran sweater began. The women of the islands evolved the Aran style in order to make the warmest, most protective jumpers for their menfolk while at sea or working the land in all weathers. The Aran is the original fisherman’s sweater. Each family had their own unique Aran pattern, passed down through the generations, and kept a strict secret. It was even claimed that if a fisherman from the islands died at sea, his body could be identified from the pattern of his Aran sweater.

Life on the Aran islands was hard. Most made their way by subsistence farming and fishing. Men would work the fields and the seas in all weathers, and so needed hardy protection from the elements. The original Aran clothing played an important role as farmer’s and fisherman’s sweaters. The wool was unscoured, and the naturally occurring lanolin therefore remained on the threads. This made the fabric water resistant, perfect for giving hard working laborers extra protection from the weather. 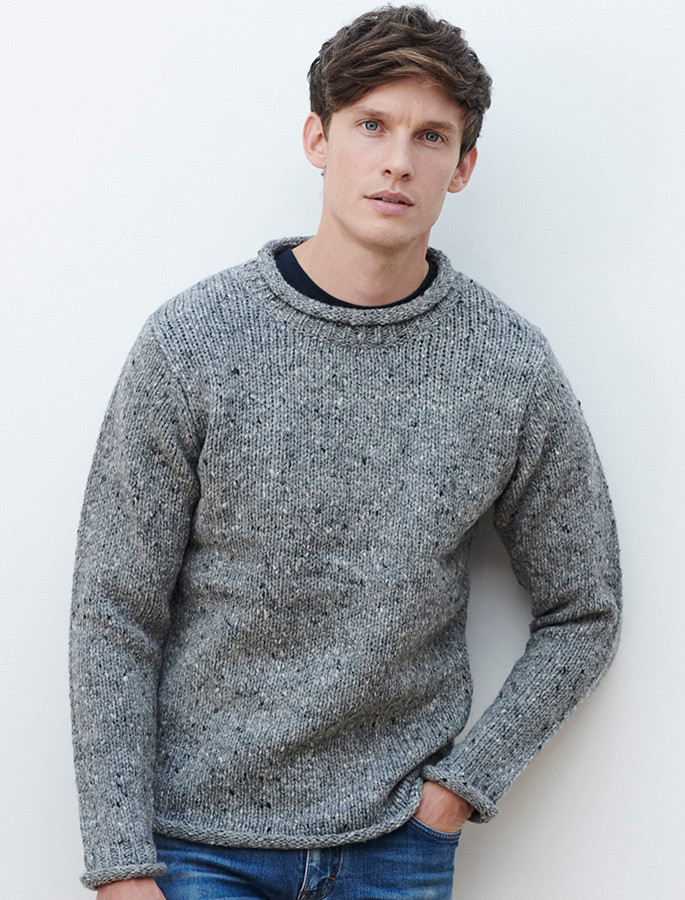 Not only were the waterproof qualities of Aran key to helping the island men in their work, but the sweater had other benefits that made it perfect for year-round wear on the farm or at sea. Natural fibers such as the wool used in Aran sweaters regulate temperature, wicking away sweat to keep you cool when the weather is warm, yet providing unparalleled insulation against the cold.

Ireland is a place rich in myth and legend. There is even a theory that there is an Aran sweater in the Book of Kells! The Book of Kells is an ancient illuminated manuscript of the Gospels in Latin, originating in a Columban monastery around 800 AD. The text is interwoven with beautiful illustrations, combining Christian imagery with figures of mythical beasts, people, and Celtic symbolism such as Celtic knots. While the Book of Kells holds many secrets, with some uncertainty about its beginnings, it is pretty clear that there is no Aran sweater amongst its pages! This is because Aran sweaters only came into being in the 1900s, while the Book of Kells dates from 800 AD. However, it seems likely that the early knitters of Aran took inspiration from the rich tradition of history and ancient myth that they were surrounded by, and wove themselves into this tradition by echoing its imagery.

One of the most beautiful aspects of an Aran sweater is that the stitches are imbued with meaning and symbolism. Drawing inspiration from the beauty of the Irish landscape, each stitch represents a facet of the creator’s life and surroundings. The stitches include:

While the origins of the Aran sweater are among humble working folk, the skill needed to create an Aran piece could sit happily in the highest colleges of fashion. Each jumper is a work of art, involving the highest craftsmanship and many hours of work. With the average sweater requiring 100,000 painstakingly constructed stitches, this is expert artistry of the highest level.

Those who wear Aran sweaters today form a cultural link with the past, echoing years of tradition. They wear the quintessential Irish sweater. But they also support contemporary artisans, preserving these important creative skills for the future.

Aran sweaters leapt from practical, rural wear to high fashion royalty in the 1950s, when Grace Kelly appeared on the front cover of Vogue wearing a classic Aran knit. The style had been building in popularity throughout the last couple of decades but the 1950s saw it arrive on the high fashion scene, appreciated for its artistry as well as its practicality.

From the Grace Kelly moment onwards, the Aran sweater has been an established fashionista staple. It is a classic that never goes out of date, and its fans include everyone from Marilyn Monroe to Steve McQueen.

Today, the Aran sweater has a place in every wardrobe. Whatever your lifestyle or fashion sense, there is an Aran knit to suit you. From celebrities to those who work outside, an Aran sweater is both a practical and a stylish choice. With its fascinating history and contemporary relevance, the Aran sweater is the original Irish sweater, and the perfect way to stay in style whilst connecting to tradition.

Some Of The Best Cessation Aids To Help You Quit Smoking

Tips for Getting More Attention for Your Business

Online Sales Sites: Where To Buy A Piano

Which Piano For Beginners Choose?

Tips for Getting More Attention for Your Business

Some Of The Best Cessation Aids To Help You Quit Smoking

Online Sales Sites: Where To Buy A Piano

Which Piano For Beginners Choose?

Your Complete Guide To Becoming A Data Analyst

Stylish and Unique Fashion Gifts for Men That They’ll…